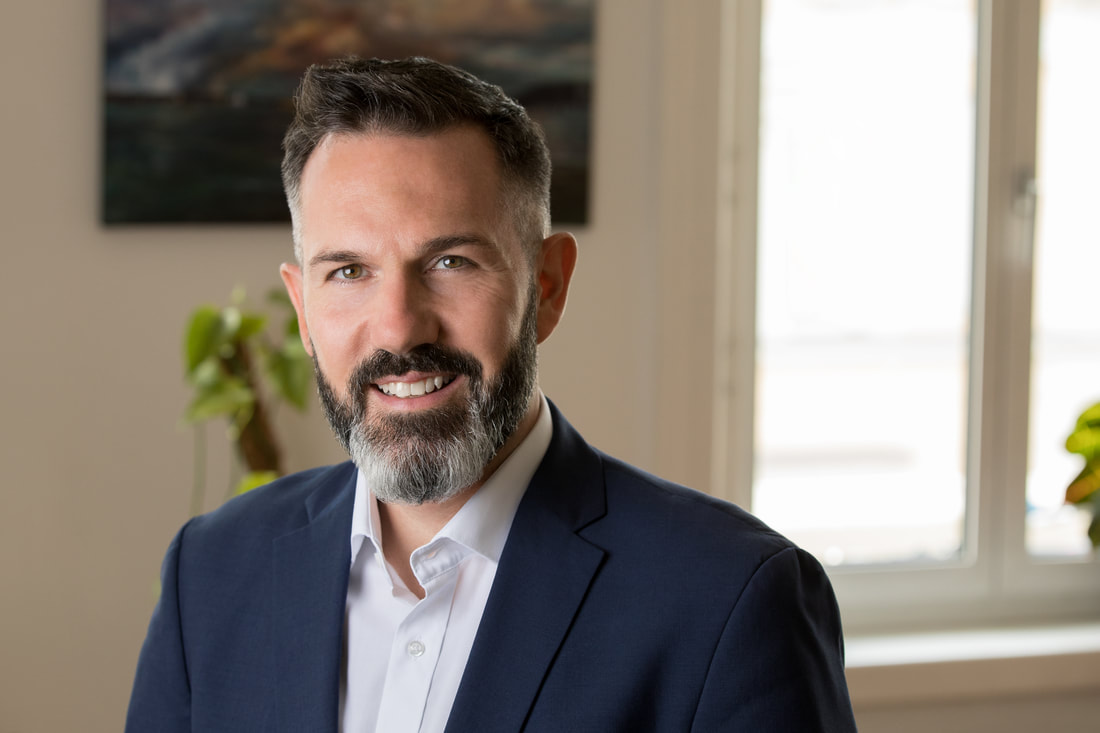 Resonant Personal Development was established by David Corcoran MSc ACC DTM in March 2017, when after living abroad in Vienna for two years, David realised that many people were not taking full advantage of their voices, how they present and accessing the kinds of personal development that is now needed in modern business life.

Prior to living in Vienna, David worked in Australia as a professional Opera Singer with Opera Australia, first as a Chorister, then as a Young Artist and finally as a Principal Artist (Tenor). He predominantly sang at the famous Sydney Opera House, but also in the 2010 Edinburgh Festival and with other Australian organisations in Lied, Oratorio and Musical Theatre.

In 2015 he moved with his family to Vienna and began work as a Trainer of Communication Skills in English. He still sings with various local organisations in Vienna, while helping his family thrive in a new city as Husband and Father, two of his most important roles.
As a Trainer, Speaker and Singer his connection is his Voice which he has spend many years developing.
David was the President of the Toastmasters Club 551 in Vienna in 2016/2017 and has obtained several levels of speaking and leadership competence through Toastmasters. He was Area Director for D5 in 2017/2018 within District 95 and in 2018/2019 served as Division Director for Austria, being the first Division Director F for the newly formed District 109 of Toastmasters in Europe. David is now a Distinguished Toastmaster (DTM).

David's academic background includes a Bachelor of Applied Science in Psychology and Graduate Diploma of Psychology from Deakin University, a CELTA with a Pass A from BFI Wien, a Diploma of Professional Coaching from the Life Coaching Academy and Masters of Human Resources from International Business School where he graduated with Distinction (MSc). He is also a member of the ICF and an Associate Certified Coach (ACC).

The purpose behind Resonant Personal Development is to help you discover your unique talents and purpose. David discovered his voice at 23 when he had his first singing lesson with John Lander and it ignited a desire not only to sing, but now some 15 years later to also share his insights, gifts and inspiration and enthusiasm with you, so that you too may develop your own path in your career and life circumstances.

David combines his skills in Psychology and Coaching with the Theatre and Performance in such a way that is rarely seen.
His focus is on you helping you to 'Speak to inspire' and take full advantage of your voice in your business and personal life. His understanding of Body Language, Charisma and the Voice combine to enable you to deliver a powerful performance in whatever way you need to.

Testimonial from a participant in a Warrior with Words Workshop at International Business School, September 2018:
"In a very short time, David helped me to be much more aware of myself when I am caught in a moment where I am the centre of attention or need to make a genuine impression on someone. With some subtle changes, I was able to not only come across more confident but actually feel like it. Now I don't feel like I'm tripping through tense moments, I feel like I'm in control of them."

Testimonial from a participant in a 'Speak like a Singer Workshop at Toastmasters Frankfurt Am Main, April 2018:
“ Great Workshop! Very well done and very useful information delivered in an excellent manner. I would highly recommend the “Sing to Speak Better” workshop to anyone that is interested in learning how to use their voice effectively, to communicate with more confidence.“